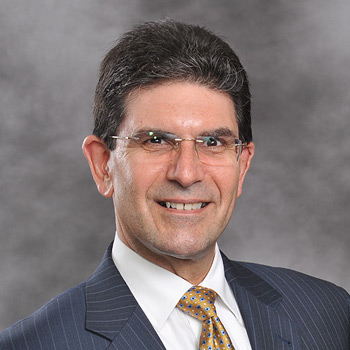 Michael T. Troncone is the Vice President, Human Resources, a role he has held since 2013. He oversees the Human Resources functions for the organization, as well as overseeing a variety of departments and programs for more than 1,000 Calvary employees.

During his 31-year tenure with Calvary Hospital, Mr. Troncone has held a series of increasingly responsible positions until 1998, when he was asked to assume the role of Vice President and Senior Operating Officer at the Hospital for Joint Diseases, a member hospital of Mount Sinai NYU Health. Mike returned to Calvary in 2002 to assist in the development of our outreach efforts.

In his administrative roles, Mr. Troncone has had responsibility for overseeing Master Facility Planning including the coordination of multiple construction projects (such as ambulatory care centers, inpatient units, emergency generator and infrastructure replacement, professional offices and surgical suites.) He oversaw the development of an Emergency Preparedness Plan utilizing the Incident Command System and served as Incident Commander on September 11, 2001, directing responses as the third closest hospital to the World Trade Center. Mr. Troncone has been responsible for the development and implementation of Plans for the Management of the Environment of Care, Quality Management, the Management of Human Resources, Information Management, and Plans for the Provision of Services, as well.

Mr. Troncone has extensive administrative, operational, and consulting experience, and is an experienced educator and author. Mr. Troncone has also served as clinical faculty for the Department of Education at the Joint Commission presenting topics ranging from Leadership, Quality Management, Human Resources, and the Environment of Care.

Mr. Troncone graduated from College of Staten Island, City University of New York with a Bachelor of Science Degree in Business Administration and Certificate in Industrial Management. He also earned a Master’s degree in Public Health in Health Policy and Management from New York Medical College (Valhalla, NY) and a Diploma in Human Resource Management from New York University. Mr. Troncone is a fellow of the American College of Healthcare Executives and a Senior Certified Professional, Society for Human Resources Management.