Calvary Hospital has awarded the 2018 Eddie Higgins Scholarship to two outstanding students, Lian Ortiz and Jordan Drew.  Lian’s mother, Melissa Ortiz, is a 15-year Calvary veteran who currently works in Calvary Hospice.  Jordan’s father, Eric Drew, is a 17-year veteran and currently works in the Nursing Department.  To win the scholarship, Lian and Drew had to demonstrate academic excellence, financial need, and the determination and spirit of Eddie Higgins.

Lian, 18, is a recent graduate of The Celia Cruz Bronx High School of Music in The Bronx, NY.  She was part of the Honor Society program, member of the Women’s Choir, participated in blood drives and participated in various initiatives to feed the homeless.  This fall, Lian matriculates at Concordia College for an undergraduate degree in Nursing, specializing in Pediatrics.  Her ultimate goal is to obtain a Master’s Degree in Nursing.  Lian and her family reside in the Soundview section of the Bronx.

Jordan, 18, is a graduate of Thornton-Donovan School in New Rochelle, NY.  He participated in rugby, student government and ethics, debate team, video game design club, and rocket club.  This fall, Jordan matriculates at Howard University’s College of Engineering and Architecture, for an undergraduate degree in Computer Science.  His goal is to obtain a Master’s Degree in video game development and production.  Jordan and his family reside in the Gun Hill section of the Bronx.

The Eddie Higgins Scholarship is named after a cherished member of the Calvary family who came to the hospital as a young boy.  Eddie was hospitalized intermittently for 15 years at Calvary until his death in 1982 at the age of 29.  Eddie is remembered for his love of God and his remarkable courage despite his illness.  Calvary has given the annual scholarship since 1985. 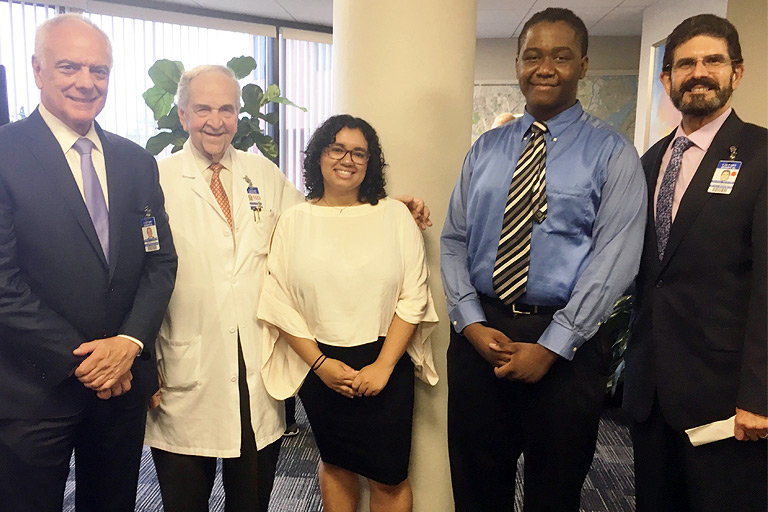