BRONX, NY, August 22, 2019 – Calvary today announced their most recent grant from
Newman’s Own Foundation for $250,000. The funds will provide critical support to the
Hospital’s year-round bereavement programs for children and teens in the Bronx, Brooklyn, and
Manhattan, as well as support for Calvary’s Camp Compass®, a unique summer day camp for
children ages 6 through 18.

“For decades, Calvary’s bereavement groups have supported thousands of adults,
adolescents and children at a very difficult time in their lives,” said Frank A. Calamari, President
and CEO, Calvary Hospital. “Over the years, Calvary has been very fortunate to receive the
ongoing and generous support of Newman’s Own Foundation. This latest grant will allow us to
continue offering our many support groups year-round and Calvary’s Camp Compass®.”

“Newman’s Own Foundation is committed to supporting organizations working to make
our world a better place,” said Kelly Giordano, Managing Director, Newman’s Own Foundation.
“Calvary’s core value of non-abandonment is demonstrated well in their comprehensive
bereavement support program. We are delighted that our grant will ensure that children of all
ages will have the support they need and deserve, at the time of the initial loss.”

“The grant from Newman’s Own Foundation is essential to Calvary’s ability to provide
bereavement support services to all those children we have been able to serve,” said Maria
Georgopoulos, LMHC, FT, Director of Bereavement Services.

Every year, approximately four percent of children in the United States experience the
death of a parent or other close loved one. Bereaved children and teens are often forgotten in the
chaos that can ensue in families after a death occurs. All too often, children are left on their own
to cope with tragedy, as adults struggle to gain control of their own lives. Calvary provides a safe
place where children can express their emotions and share their grief with others who have also
suffered loss.

Calvary’s Camp Compass® is hosting its 22nd annual session from August 19-23. For
nearly 10 years, this day camp has taken place at Kingsborough Community College in
Brooklyn. The week-long day camp is open to participants of Calvary’s children’s and teen
bereavement programs. It provides a nurturing and relaxing environment for children of all
backgrounds who can join together to validate feelings, offer hope, and just be carefree kids for a
few hours every day.

The Hospital has been offering children’s bereavement support groups since 1991. The
“Precious Moments” groups are for children ages 6 to 9 years; the tween groups are for children
ages 10-12; and the teen groups (which started in 2001) are for ages 13-17. The groups consist of
a cycle of group sessions, held at the Bronx campus, Brooklyn or Manhattan, after school hours
throughout the school year.

Trained counselors help children and teens cope with the anxiety, fear, guilt, and pain
that death evokes. An informal discussion format enables teenagers, who are often reluctant to
join a support group, to develop trust and establish a common bond among those who have
experienced similar loss. The informality of the teen group setting, with snacks set out on a table
and pillows on the floor to lie on or lean against, helps the teens feel comfortable and at ease.

In the New York metropolitan area, Calvary has established itself as a resource for
grieving families by offering free bereavement support groups for adults, children, and teens, as
well as referrals for additional support as needed. Its programs are available to anyone who has
lost a loved one, whether that person was a patient at Calvary, or someone from the larger
community whose death is attributable to illness, accident, suicide or violence.

The Hospital offers an annual 10-week course in the spring for clinicians working in
palliative care focusing on end-of-life issues and bereavement and “Mentors through Mourning,”
a one-day program designed for school principals, teachers, social workers, and guidance
counselors. 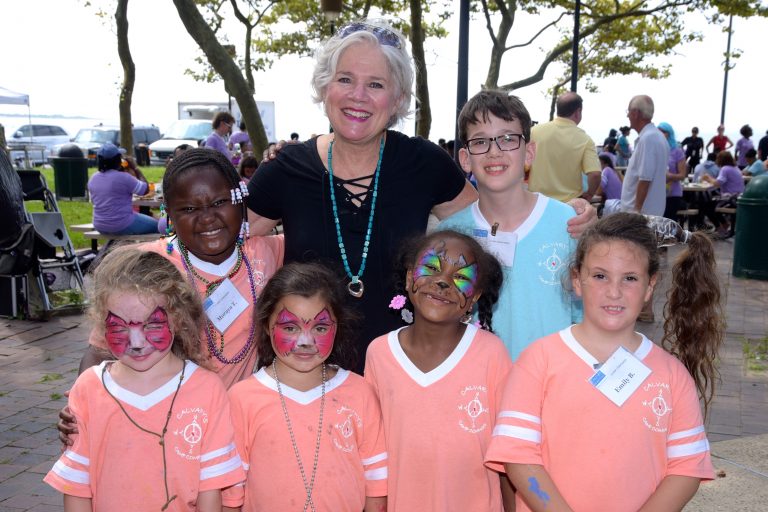 Pictured: Kathy Siever, Newman’s Own Foundation, with some children (ages 6-12) who attended the 2019 Calvary’s Camp Compass®. All of them attend the Hospital’s free bereavement support groups that meet year-round in the Bronx, Manhattan and Brooklyn. 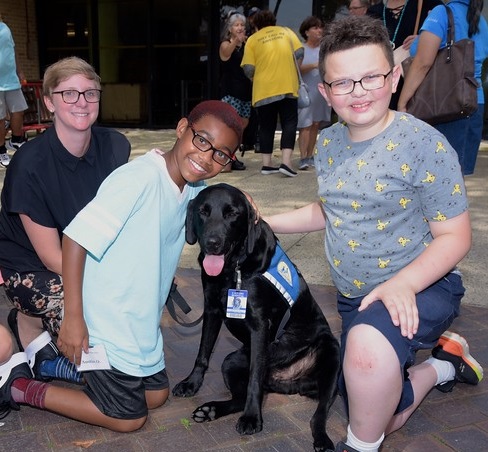 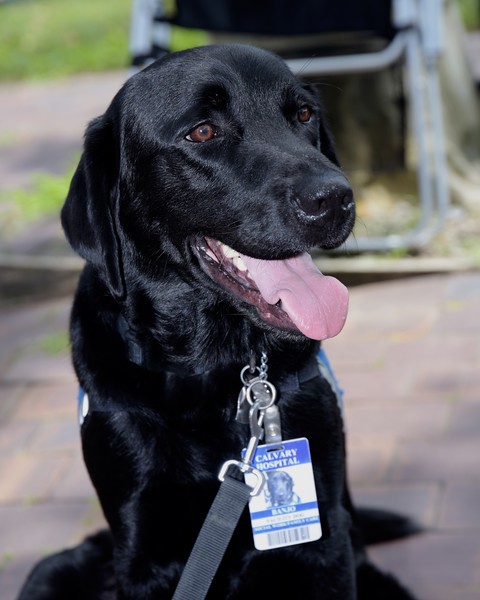